PUEBLO - Today, Governor Polis continued the Powering the Comeback Tour by visiting with small businesses in Pueblo, Salida, and Cañon City. Gov. Polis was joined by cabinet members and state lawmakers throughout the day.

“It was exciting to visit small businesses and hear from community leaders in Salida, Pueblo and Cañon City about building back better. We know our economy is roaring back and working with the communities I visited today we will continue to create a Colorado where everyone thrives today, tomorrow and for years to come,” said Governor Polis.

This morning in Salida, Governor Polis stopped by the Book Haven and Little Red Hen Bakery in Salida where he also met with the small business owners near the new skate park, picked up a good book, and enjoyed a tasty breakfast.

The St. Cloud Hotel was historically a film set for silent-era films and was the first hotel with electricity in the state.  Unbridled, the developer for the St. Cloud Hotel, stated that they hope to forge a positive future for the City by advancing creative industries and the hospitality industry. Their core mission is to “restore people and places”. Unbridled is actualizing its mission by restoring several additional historic buildings in Cañon City and their restoration of the historic Post Office will serve as the Fremont Center for the Arts, including workspaces for artisans. The Annex Ballroom Building will be home to a farm-to-table restaurant where local artists will display their works and musicians will share their talents. 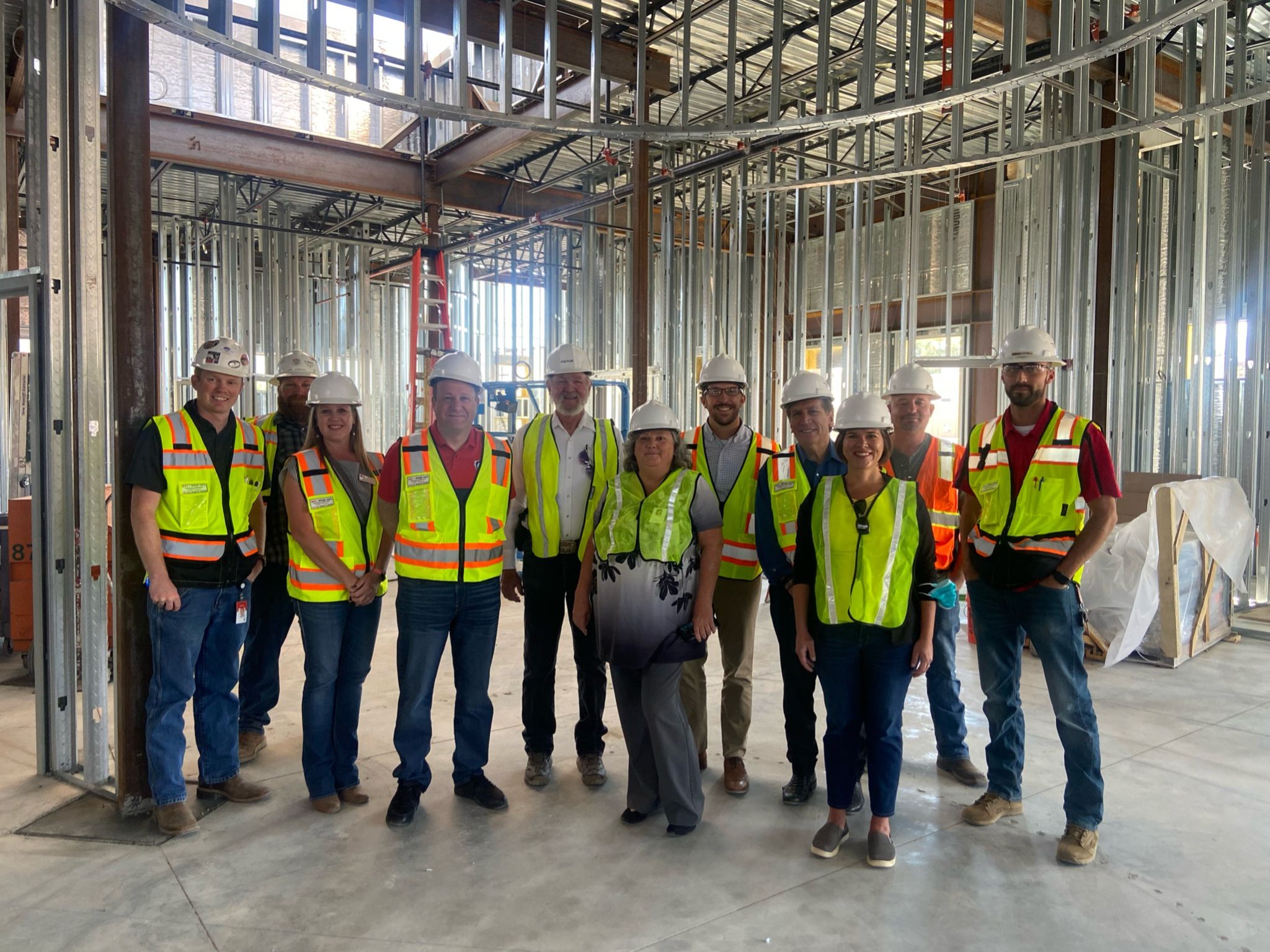 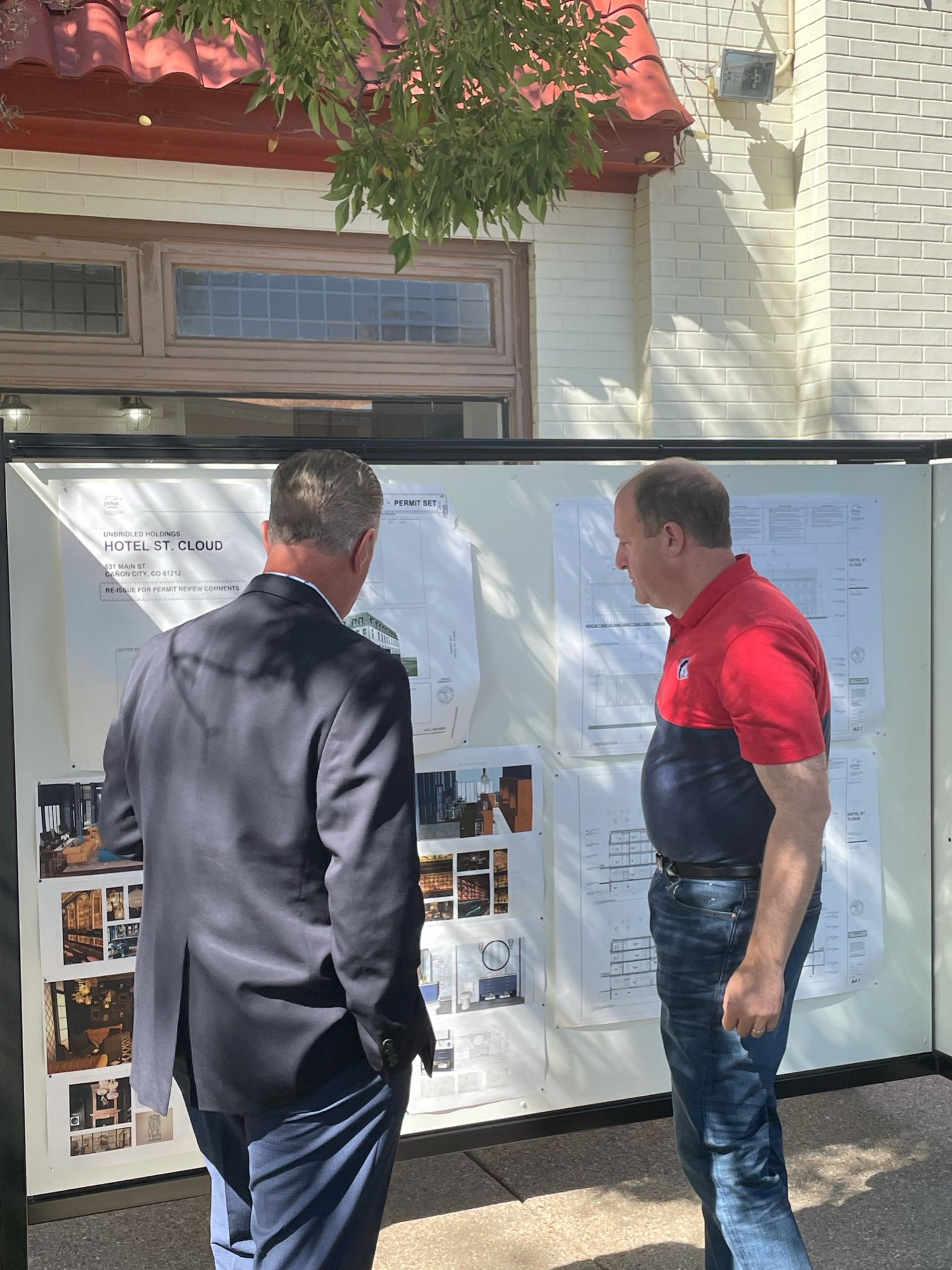 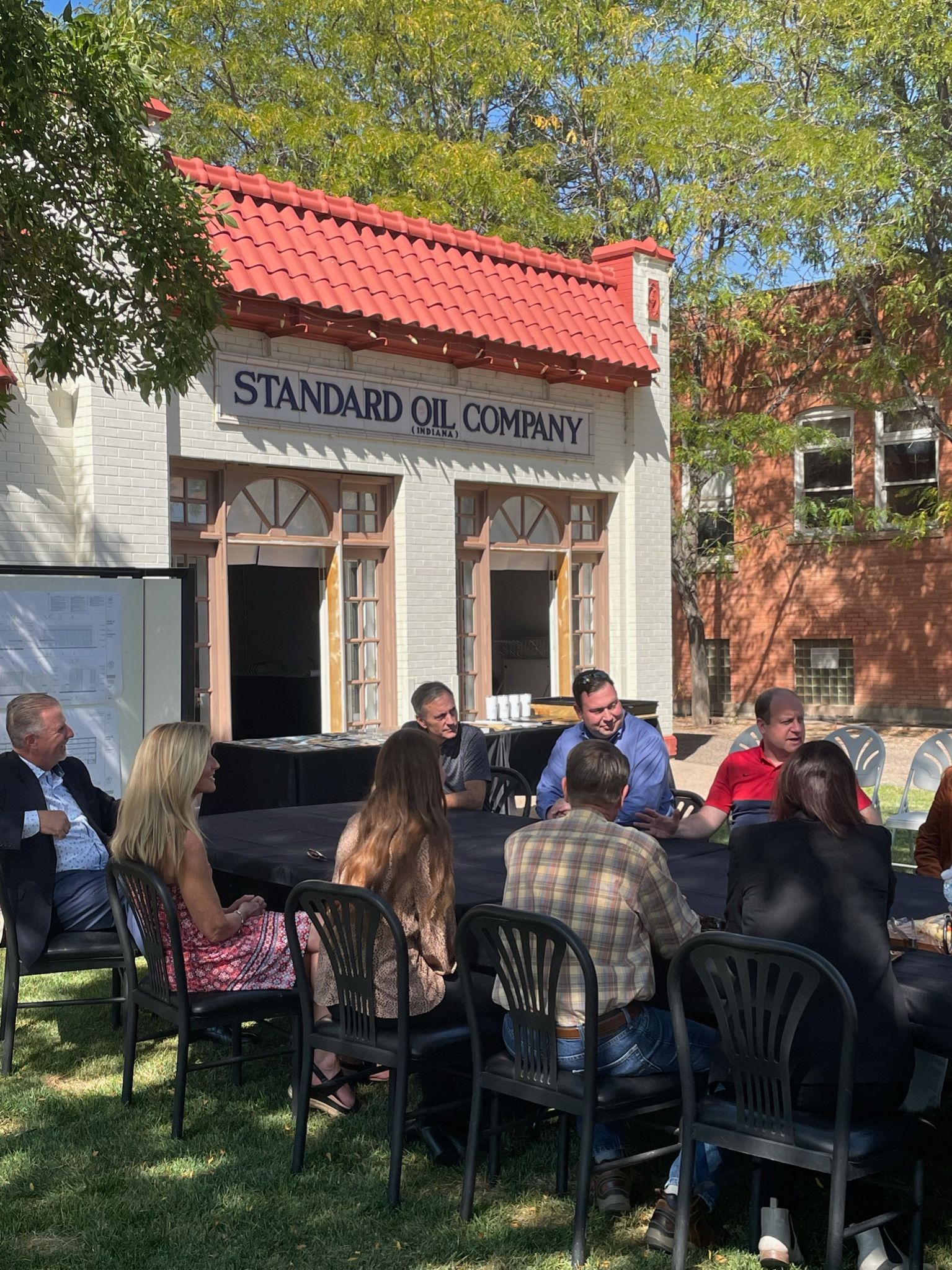 (Governor Polis visits with individuals at the Hotel St. Cloud in Cañon City). 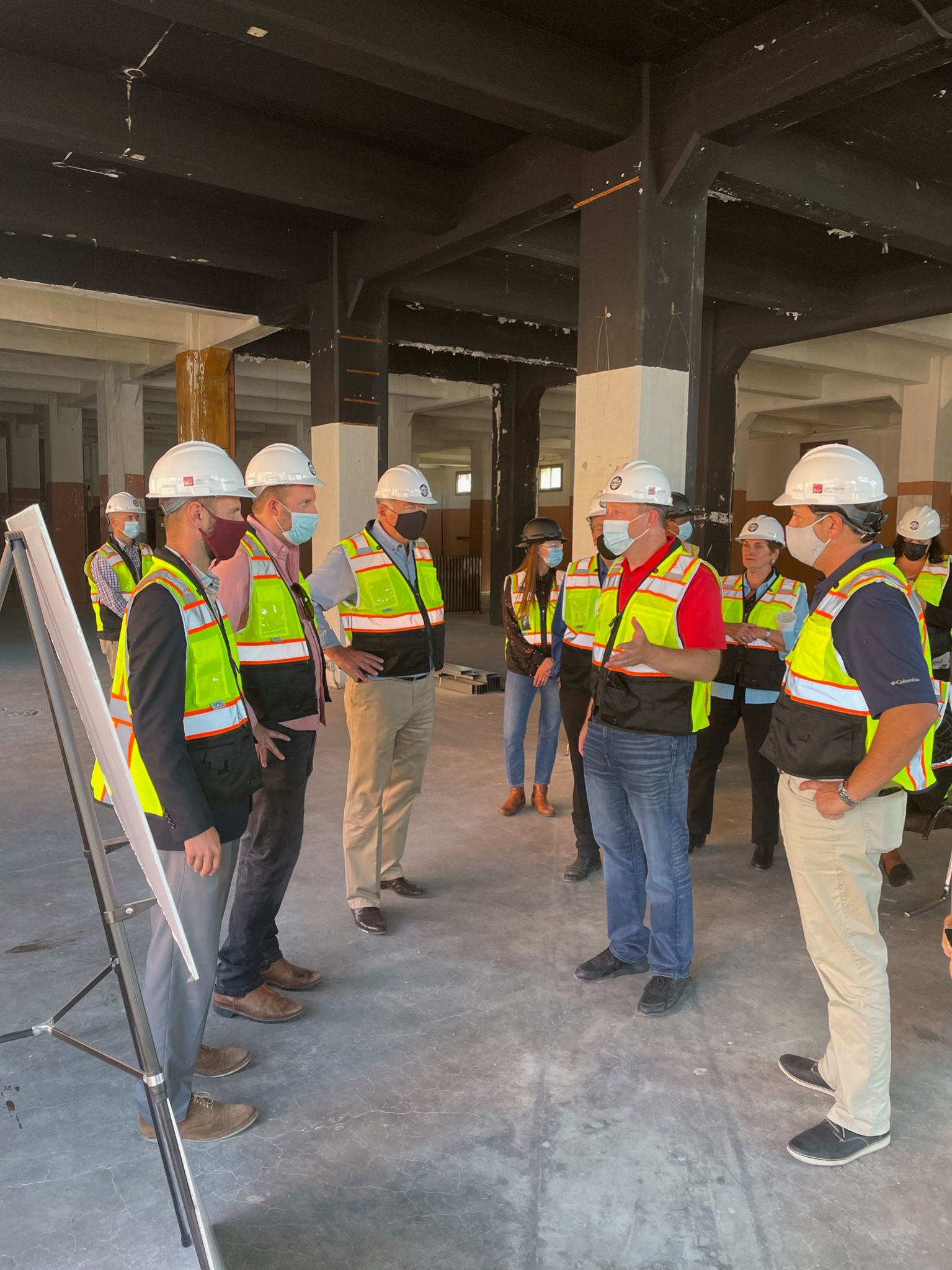 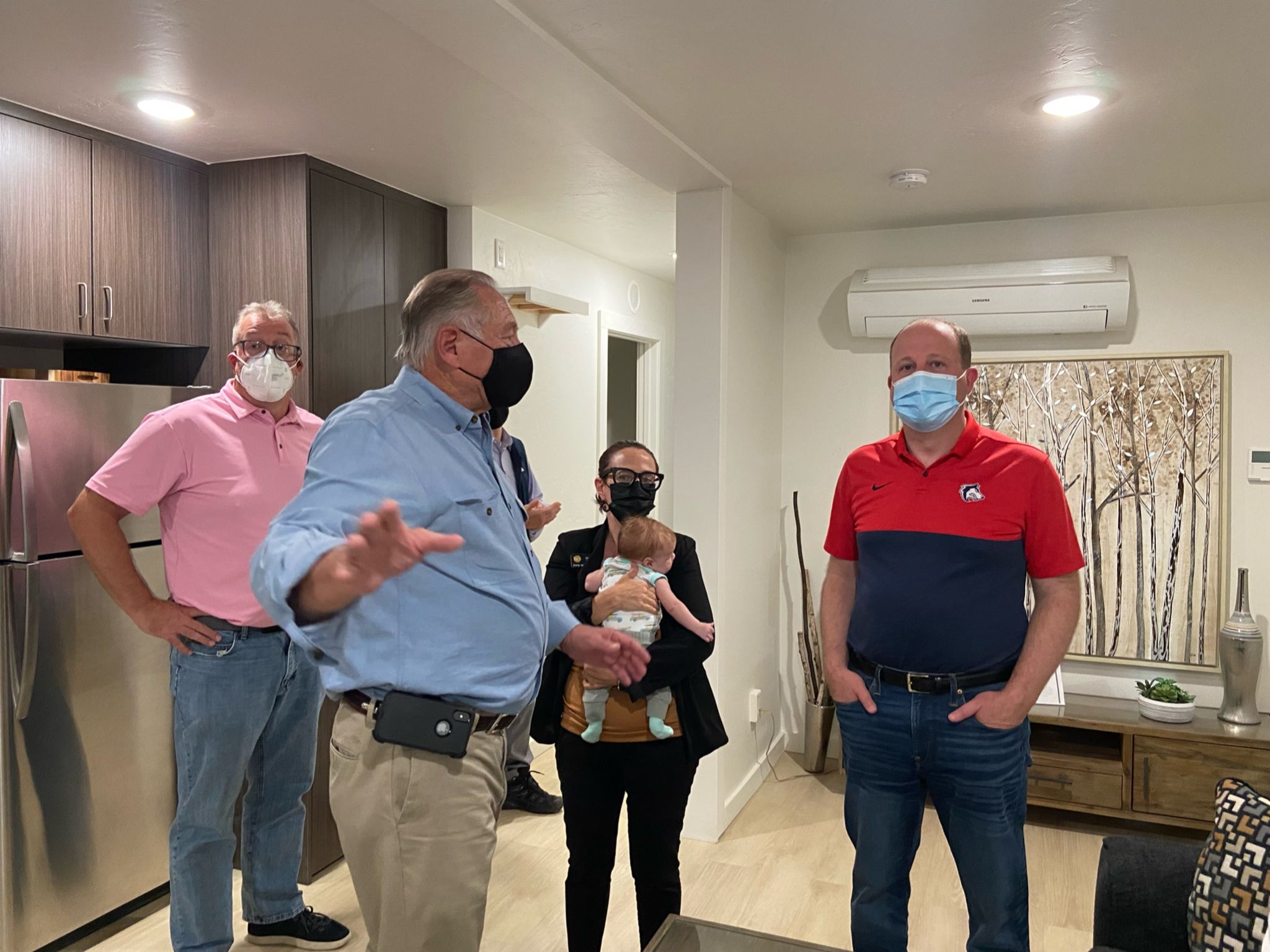 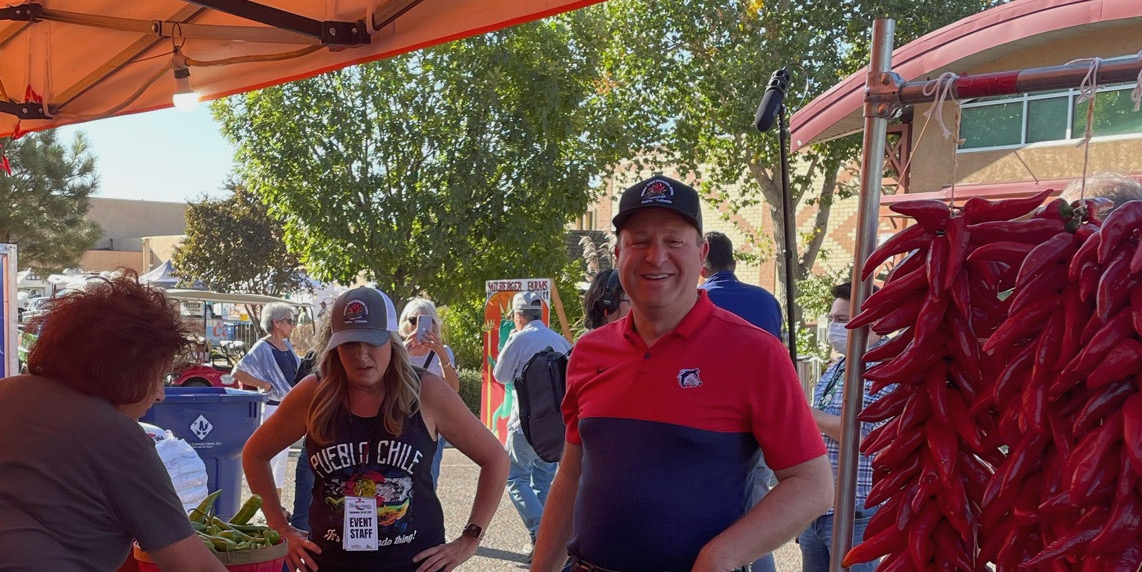 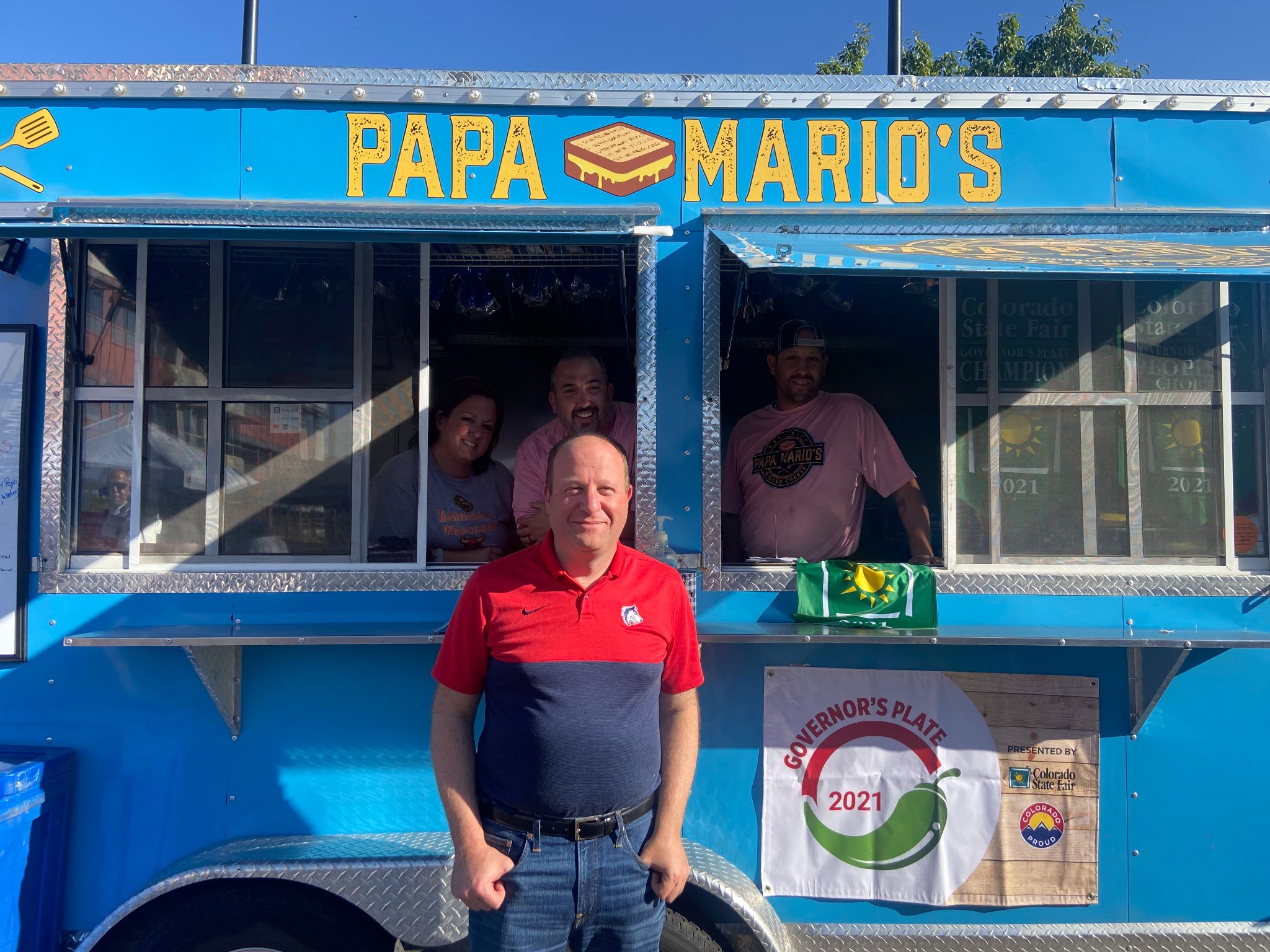