Division is comprised of three offices: Grants Management, Colorado Information Analysis Center (CIAC) and Emergency Management. Each office is lead by a director. 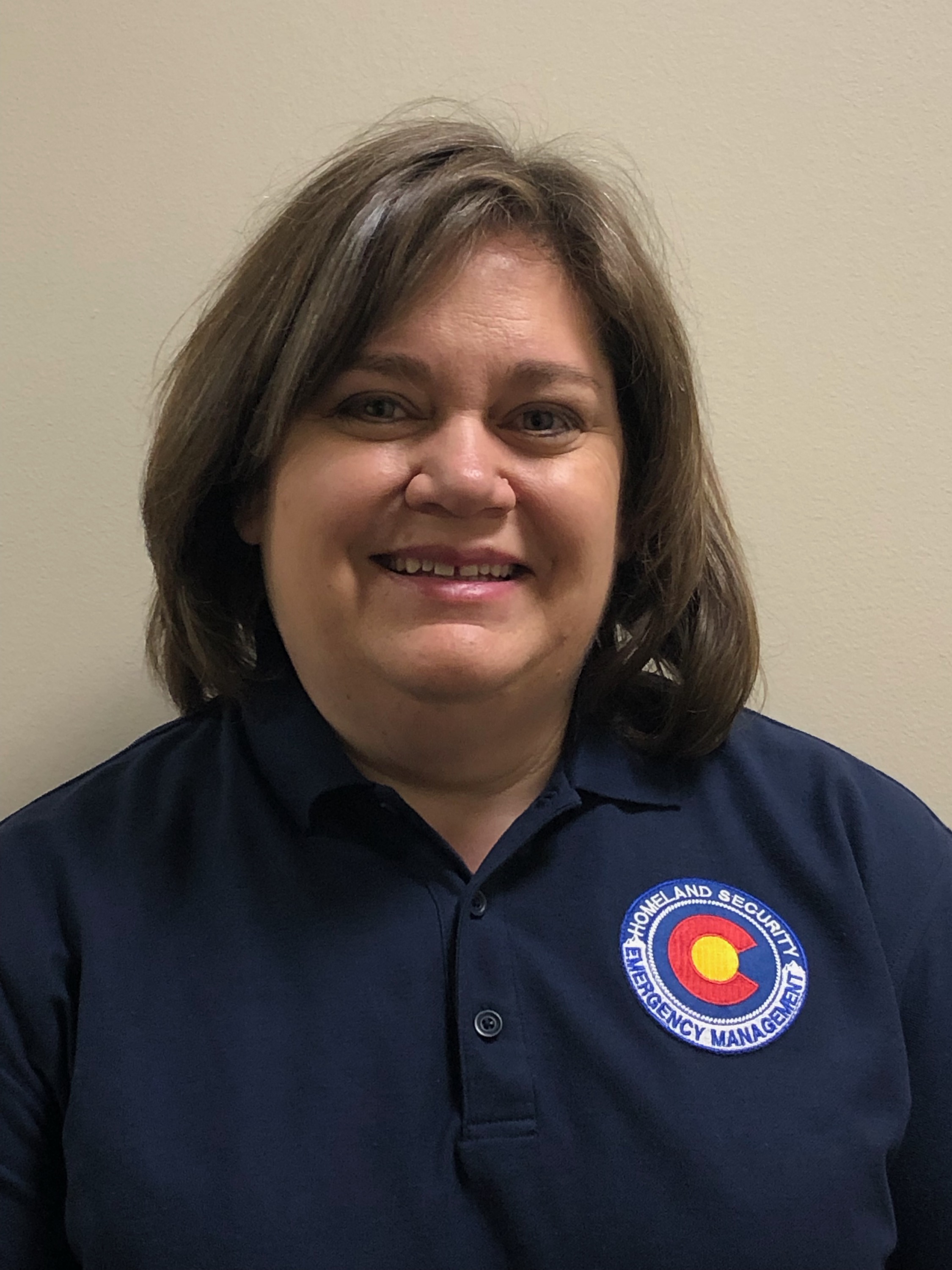 Lin Bonesteel joined the Colorado Division of Homeland Security and Emergency as the Director of the Office of Grants Management on May 13, 2019.  Previously, Bonesteel worked at the Denver Office of Emergency Management from 2009-2019 as the program manager for the urban Area Security Initiative (UASI).  Orginally from Milwaukee, Wisconsin, she was raised in Lakewood and Littleton.  Her family relocated several times during her high school and college years to locations including Riverside, California, Cherstertown, Maryland and Phoenix, Arizona.

Bonesteel has worked for the Riverside County Fire Department in California overseeing a variety of local, state and federal grant programs for the department.  She holds a Master’s degree and Bachelor’s degree in Organizational Leadership from Chapman University in Orange CA.  Help us welcome Lin to DHSEM.

Prior to joining the Division of Homeland Security and Emergency Management, Michael served in the Colorado National Guard and the United States Army.  As a Colorado Guardsman, Michael worked multiple State emergencies including fires, floods, tornados and winter storms.  His military experience also includes several overseas tours.  He continues to serve as a traditional Colorado National Guardsman as the Assistant Adjutant General for Cyber, Space and Missile Defense.

Michael is a Colorado native and currently lives with his wife in Castle Rock.

Kevin McElyea is the Colorado Information Analysis Center (CIAC) Director.  McElyea, a 30-year law enforcement veteran, began his tenure at the CIAC on October 29, 2018. He brings a wealth of leadership experien

ce, local stakeholder perspective and a diverse background that will be an asset to the CIAC and its many partners.

McElyea holds a bachelor’s degree in business administration from Argosy University and a master’s degree in criminal justice from Saint Leo University. He is a graduate of the Florida Sheriff’s Association Commanders Academy and holds several certifications for incident command and weapons of mass destruction response tactics.

McElyea has been married for 17 years and has two children ages 12 and 10 and a rescue puppy. He has been visiting Colorado for over 20 years and is truly excited to have the opportunity to call Colorado home.