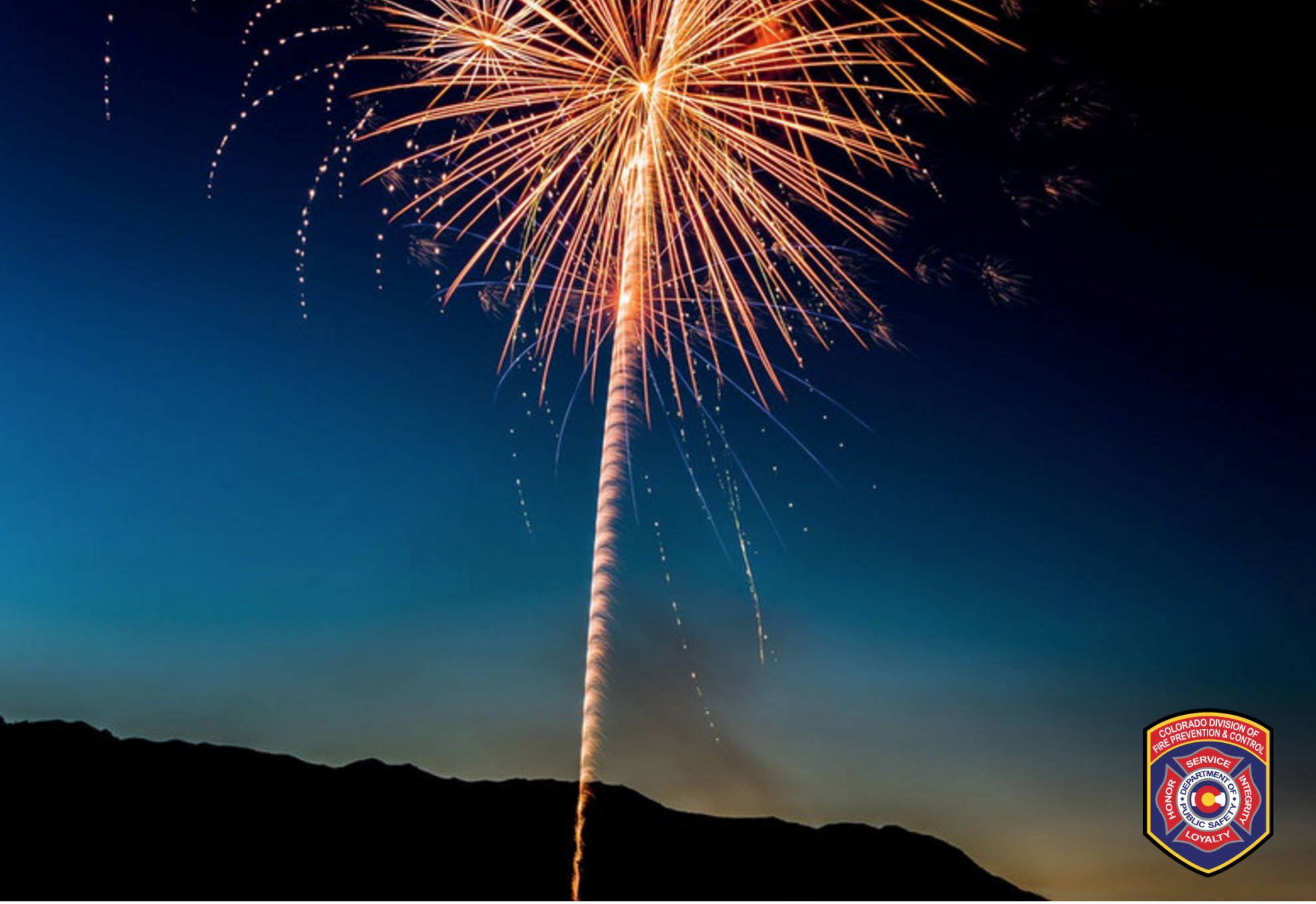 DFPC recommends attending professional fireworks displays rather than using personal fireworks. Professional displays are a safe way for the public to enjoy fireworks because they are carefully monitored and permitted, and include support from local fire departments. Colorado also urges residents to check any local fire restrictions and ensure that any type of consumer fireworks used comply with state laws.

Fireworks Safety Tips:
Always read directions
Always have an adult present
Only use fireworks outdoors
Never use near dry grass or other flammable materials
Light one at a time
Have a bucket of water and a hose nearby