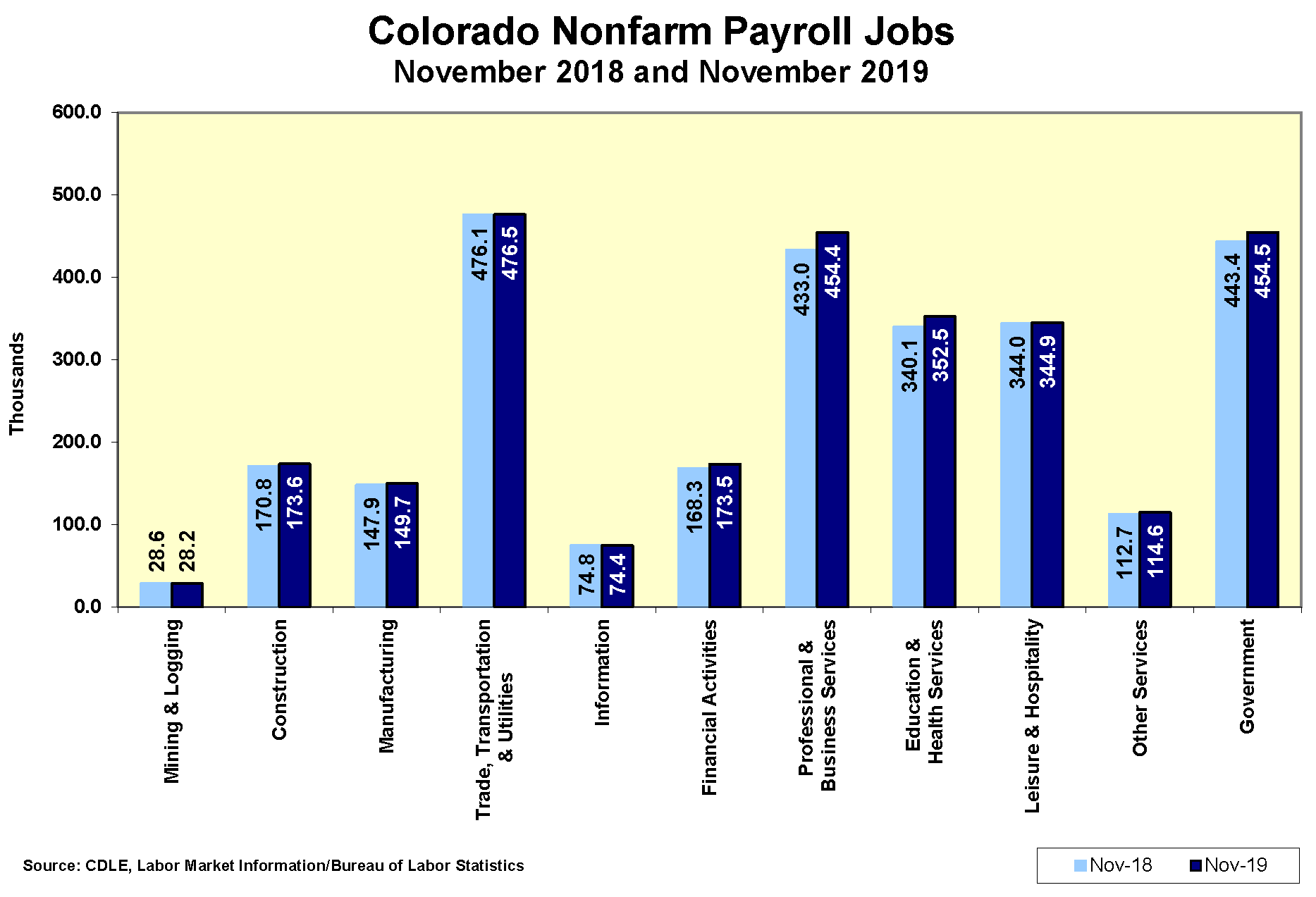 Employers in Colorado added 4,100 nonfarm payroll jobs from October to November for a total of 2,796,800 jobs, according to the survey of business establishments. Private sector payroll jobs increased 3,100 and government increased 1,000. October estimates were revised up to 2,792,700, and the over the month change from September to October was an increase of 4,300 rather than the originally estimated increase of 3,100.

Over the year, the average workweek for all employees on private nonfarm payrolls increased from 33.0 to 33.2 hours and average hourly earnings increased from $29.56 to $30.55.

The December 2019 Colorado Employment Situation will be released at 8:00 AM on Friday, January 24, 2020. The full schedule of release dates for calendar year 2019 estimates is available at http://www.colmigateway.com.

The business establishment survey covers about seven times the number of households surveyed and is therefore considered a more reliable indicator of economic conditions. Because the estimates are based on two separate surveys, one measuring jobs by worksite and the other measuring persons employed and unemployed by household, estimates based on these surveys may provide seemingly conflicting results.